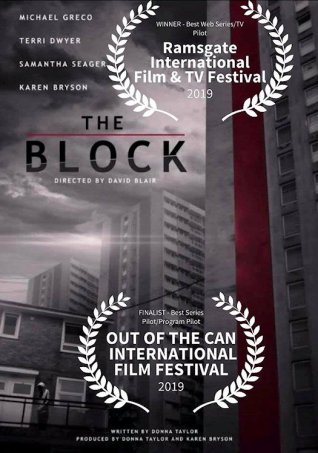 The Block is an award winning TV pilot, written by Donna Taylor. Donna was thrilled when Karen Bryson MBE came on board, sharing the vision for this becoming a potential TV drama. When BAFTA and EMMY award winning director David Blair agreed to direct the piece, everything fell into place. Since producing this pilot we have developed a treatment and a pitch for a returning 6 X 1 hour drama. We are currently approaching broadcasters with a view to having it commissioned.

Synopsis
The Block will be a down-to-earth, thought-provoking and compelling British drama for the new decade - authentic characters - powerful stories - and the spirit of community that eclipses every stereotype. In an ever-changing Britain, The Block will be an undeniable reminder that what unites us is always stronger than anything threatening to divide us. The pilot is available to view on request. 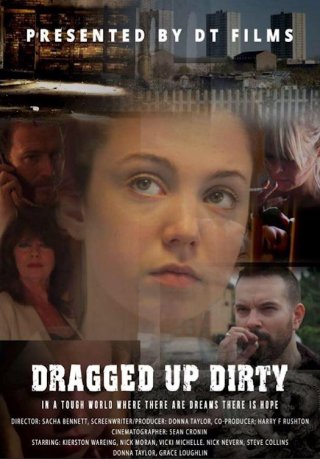 ‘In a tough world, where there are dreams, there is hope.’

Dragged up Dirty is a feature film ready to go into pre-production. We have created a teaser to help gain interest and we are pushing forward for a one off TV drama.

Melanie is a troubled teenager, her mother, Lisa an alcoholic; both struggling against a world seemingly set against them. Maria, Lisa’s sister, has married the wealthy music producer Chris and enjoys a lavish lifestyle. Melanie’s efforts to take care of her two younger brothers are laudable, but crisis turns to tragedy when ten-month old sister Katy succumbs to a sudden illness. Melanie runs away, only to fall under the influence of the mesmeric Kizzy, who lures her into a world of drugs and prostitution. Melanie runs again – but only into even greater danger. Meanwhile, a family secret is confronted: but has it all come too late for Melanie? 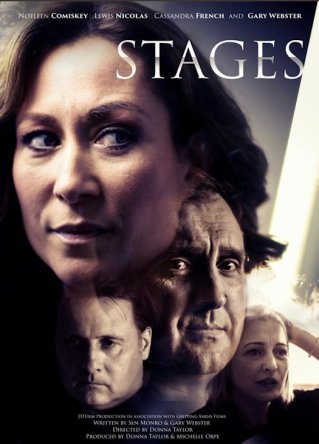 Stages is a poignant drama which we had the opportunity to develop and produce in association with Gripping Yarns Films. It is a stand-alone piece which we are very proud of. This powerful short film was written by Sen Monro and Gary Webster (Minder, Eastenders, Family Affairs). Donna Taylor and Michelle Orpe produced this together and we are currently submitting ‘Stages’ into Film Festivals around the world.

STAGES is a story about how two people, living  hundreds of miles apart, find each other and true love in the face of adversity. It is about two people coping with the fallout of their marriages whilst dealing with their own issues regarding early onset of Parkinson’s disease and depression. It is a story of hope, perseverance and of how love conquers all.

ffffcoping with the fallout of their marriages whilst dealing with their own issues regarding early onset of Parkinson’s disease and depression. It is a story of hope, perseverance and of how love conquers all. 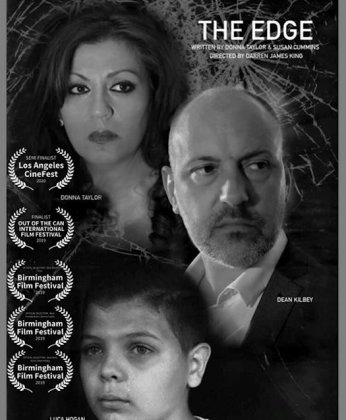 ‘It looked like she had it all, but looks can be deceiving.’

Stephanie is a widow with a teenage son Kian, she is a successful Deputy Head at a local Primary school, but she feels terribly alone. Dan who is charming, good looking, caring and affectionate comes into her life. He appeared to be everything she was looking for, but appearances can be deceptive. Their dream relationship turns into a living nightmare. Her love for him turns to fear, leaving Stephanie feeling trapped and desperate to find a way out.
This short film, co-written by Donna Taylor and Susan Cummins, is a domestic abuse drama which highlights the devastating impact this abuse can have on children.